“Good Will Unwilling is the story of Santa. Not the Santa from cards, children’s books and Coke adverts, but of the real Santa. The Santa who’s stuck in a dead end job, who hates kids, hates elves, and more importantly hates Christmas.”

Written by one of the authors of our successful show “The Wedding Affair”, “Good Will Unwilling” goes on stage at Café Mila in Godalming from 6th December. 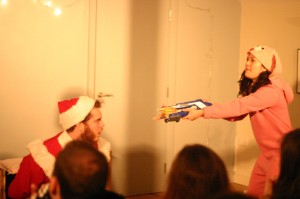 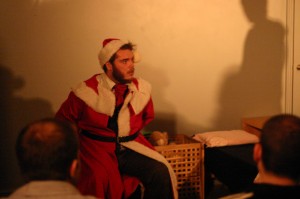 “The Wedding Affair” by Grace Davis and James Docherty. 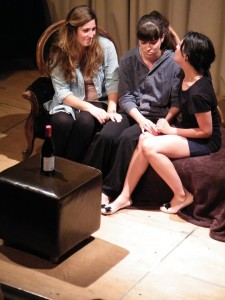 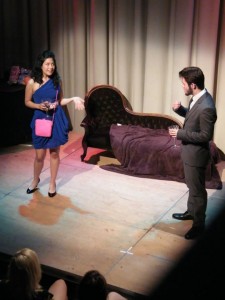 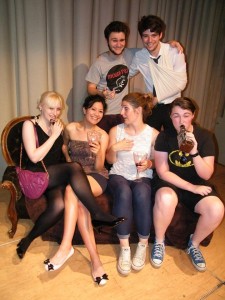 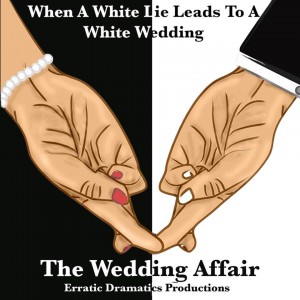 What happens when a white lie turns into a white wedding?

The sun is shining, the sea is shimmering and everything is perfect as Cassie says yes to David’s marriage proposal… which would be great if the proposal wasn’t a complete accident!

David and Cassie and their closest friends were enjoying a fun summer away when a plane flew over with a banner saying “Cassie, will you marry me?” Romantic, yes? Shame David didn’t order the plane…

This simple mistake escalates into a hilariously tangled mess involving the clueless David, loveable Cassie, jocular Michael, long suffering Charlie and ——- Steph, which will leave you laughing your lungs flat!

Written by James Docherty and Grace Davis, based initially on a selection of real life tweets featured on the site “F*ck my life!”, sharing everyday life, unfortunate moments and other funny stories. The Wedding Affair is an upbeat situational comedy for the “how I met your mother” age, with relatable loveable characters in crazy real life situations.

Directed by Grace Davis, The Wedding Affair is a refreshing comedy from the exciting new company Erratic Dramatics, about love, lies and too much to drink. With James Docherty, Carl Dolamore, Jo Nastari, Rachel Packford and Jo Winter.

The venue is The Forge, 3-7 Delancey Street, Camden, London NW1 7NL; tickets cost £10 either in advance or on the door.

Our production is pleased to be associated with the Camden Fringe Festival.